Joyce and I, along with our friends, the Kales, attended the Balloon Fest in Statesville, NC, on October 19-20. This event has been held annually since the early 1970s. Thousands of people came to see approximately 50 balloons. Friday night, the balloons took off just before sunset. They returned to the field, an area at the Statesville airport, early the next morning to fly in and compete in various competitions at the airport and other locations. They tried to drop a weighted bag closest to an X laid out on the field and to place a white ring on a white pole located at the center of the X. Very challenging navigation. The balloons flew out again that evening before sunset in a mass ascension. Then they returned, and the crews lit the propane tanks in the tethered balloons in a "glow" event just after sunset. The FAA does not allow hot-air balloons to fly at night. I tried to capture the events in these photos. I believe most people attending one of these events for the first time would say that this is one of the most beautiful things they have seen. The sight of all the colorful balloons in the air at one time is awe inspiring. 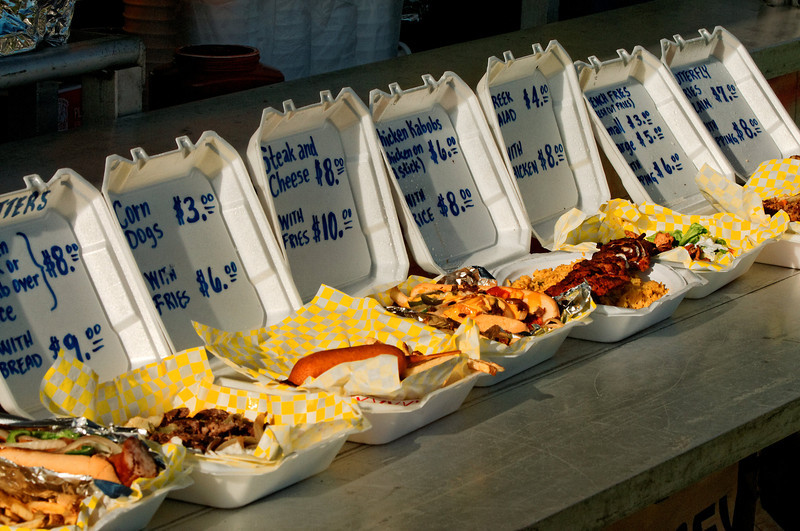 I Brake for Food