In December 2017, my friend, Falcon, and I spent a day and a half exploring the Great Dismal Swamp and the surrounding area.

The Swamp lies in Southeastern Virginia and Northeastern North Carolina. The portion in Virginia is a National Wildlife Preserve, and the portion in NC is a State Park. The 22-mile Dismal Swamp Canal is the eastern border of the Swamp, and it is a portion of the Inland Waterway that runs from Florida to Maine. Dug by slaves, it opened in 1805 and is the oldest continuously operating man-made canal in the US. It was closed for about a year following Hurricane Matthew, which caused some 400 trees to fall into the canal. It reopened in November 2017.

The Swamp served as the home for colonies of "maroons," who were escaped slaves. It was also part of the "Underground Railroad."

We first went to the Virginia headquarters of the Refuge and drove to Lake Drummond, a 3,100 acre shallow lake (3-6 feet) that is one of only two natural lakes in Virginia. The lake's origin is a matter of dispute.

We then went to the NC State Park headquarters for its Swamp area.

We concluded our first day's exploration by visiting the Great Bridge Lock on the Albemarle & Chesapeake Canal, built between 1856 and 1860 to provide and inland connection between the Chesapeake Bay and the Albemarle Sound.

Along the way we saw many interesting houses and barns in the rural areas. There is so much beauty and history in North Carolina.

Hope you enjoy my photos. 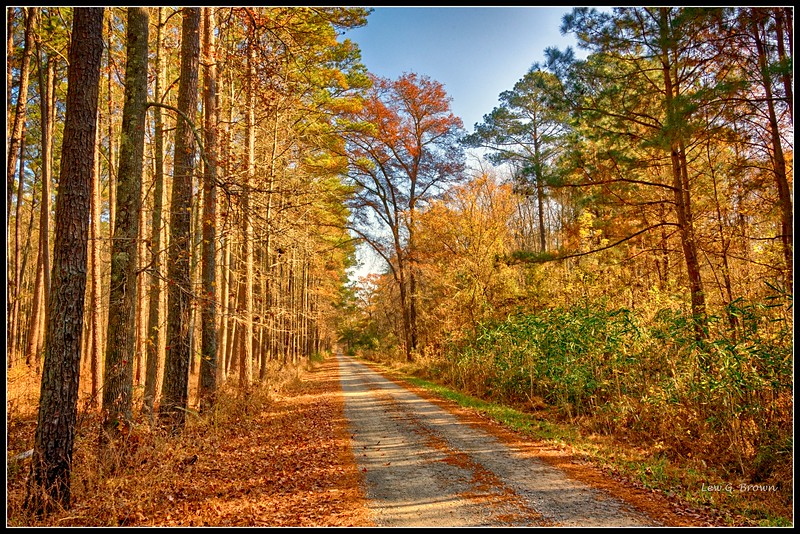 Road from the Great Dismal Swamp Office to Lake Drummond