I came across a book by Carolyn Sakowski entitled "Touring the Western North Carolina Backroads." The book presents a series of short tours, generally in the 80-mile range, with a description of the towns and sights along the route. One particular tour interested me, The Old Buffalo Trail Tour. The trail begins near Deep Gap at the intersection of Hwys 421 and 221 and follows Hwy 194. An extension of the route adds rural roads 1335 and 1330 up to Old 421 and then 321 back into Boone. A highlight of the tour is the small community of Todd, which once thrived when it was the southern end of a Norfolk and Western Railroad route that started in Abingdon, VA. The only military engagement of the Revolutionary War in what is now Watauga County took place in nearby Wolf's Den. Apparently, there were a number of Whig and Tory groups in the area. Sakowski reports that hundred of years before the Christopher Columbus' arrival, large herds of buffalo roamed areas east of the Mississippi. Someone started a primitive packing house to serve the buffalo hunters, resulting in one community in the area gaining the name, Meat Camp. Nearby is the Winebarger Mill, a grist mill built in 1873. The Rich Mountain Road takes you to a beautiful view of Snake Mountain, 5.574 feet, and Rich Mountain, 5.372 feet.

Along this route I found a number of old homes, barns, churches, and other things I like to photograph, including Raffaldini Vineyards, which is east of the Buffalo Trail towards Winston-Salem. Our State magazine has designated the view from the vineyard as one of the most scenic views in North Carolina. 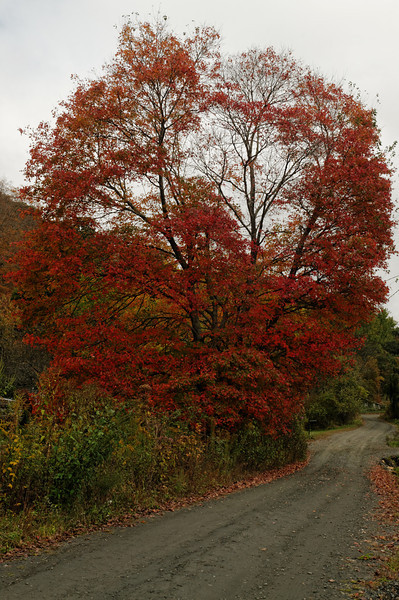