Joyce and I spent three days at The Greenbrier, courtesy of her employer. Our first trip there. A gorgeous resort. The staff members were extremely helpful and professional.

The area date back to the late 1700's. "Following the Civil War, the resort reopened. It became a place for many Southerners and Northerners alike to vacation, and the setting for many famous post-war reconciliations, including the White Sulphur Manifesto, which was the only political position issued by Robert E. Lee after the Civil War, that advocated the merging of the two societies. The resort went on to become a center of regional post-war society, especially after the arrival of the railroad." (Wikipedia)

The current hotel was built in 1913 and served as a hospital during WWII. It also houses "The Bunker," an undergroound facility designed for emergency use by Congress during the Cold War. In 2009, a local entrepreneur, Jim Justice, bought the hotel out of bankruptcy and added a casino, which, according to the staff, has been the key change that has reinvigorated occupancy. The hotel and surrounding cottages can house around 1,500 people.
Read More 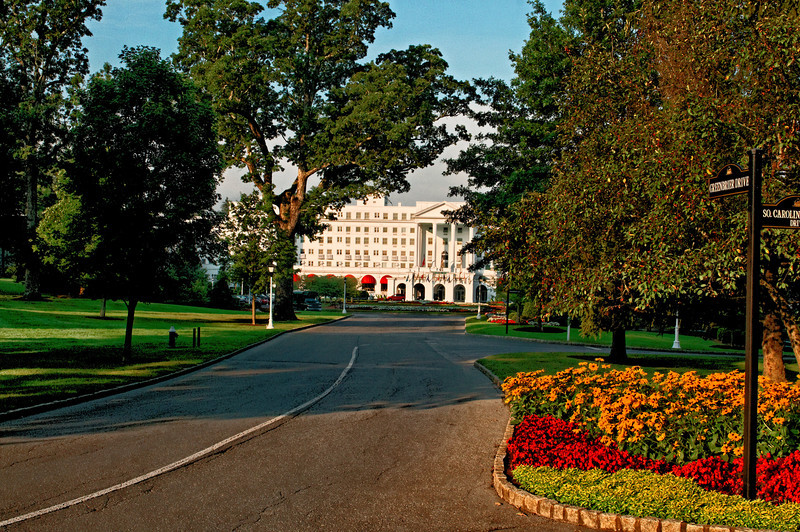 Entrance to The Greenbrier