I have not previously posted a gallery of shots from my trips to Washington, DC. Joyce and I visited again for a few days in mid-May 2012, and I thought I would post pictures from that trip and include pictures from visits in 2008, 09, and 10. Some of you who with whom I have been sharing pictures from the beginning have seen some of these, but I have reprocessed all of them as my software program has improved over the past three years.

On our way back home, we took a detour to the Chancellorsville, VA, civil war battlefield, which we had not visited. The first few pictures in this gallery are from that part of the trip, as I did not want them to get lost in all the DC pictures. Over 30,000 Union and Confederate soldiers were killed, injured or wounded at Chancellorsville between April 20 and May 6, 1863 - making it the second bloodiest battle of the war. The Leitch farm was the scene of the first day's battle. The barn is post-civil war, but the stones in the first picture mark the location of the original home. The Leitch family sued both the Federal and Confederate governments over damage to its property, but I doubt the family got any results. Whenever I visit a Civil War battlefield, I am overcome with the bravery of men who would walk in line across a field into the face of artillery and rifle fire. It is hard to image the carnage in this battle and the human price of war.

Washington is my favorite city for photography. It is a city where governing ideas became real. The capitol is a magnificent building. If you have never gone to the steps of the Lincoln Memorial at sunrise, it is worth the time and effort. The best place in the city, in my opinion, to see the sunrise.

The Vietnam Veterans' Memorial is the most moving monument to me, perhaps because I lived through that war and know some of the people whose names are on the wall. I grieve for the loss of all these lives -- men and women who could have made such a contribution to our society. I am reminded the line from Marvin Gaye's song, "War, what is it good for?" Another monument to visit at sunrise, before the crowds arrive.

This last trip was the first time I had been to the new MLK memorial. I don't know the history of the memorial or its placement, but it occurred to me as I stood at that monument and took a picture of the Jefferson Memorial, which sits across the Tidal Basin, that it is interesting that MLK stands across from the monument to a president who legally owned slaves. We have come a long way as a society, although we seem to have more progress to make.

The Faces of War pictures are from the Vietnam and Korean War memorials. I find that these faces make the wars more real than do marble slabs. The US lost over 33,000 soldiers in Korea and 58,000 in Vietnam. World War II was the deadliest war in history.

I conclude this gallery with several photos of art. The most moving picture I have found is "Lamentations Over the Death of Egypt's First Born." It depicts the other side of the Exodus story of the Passover. It reminds me of the horrors that adherents of one religion have done to adherents of other religions in the name of their gods. See the Middle East today. 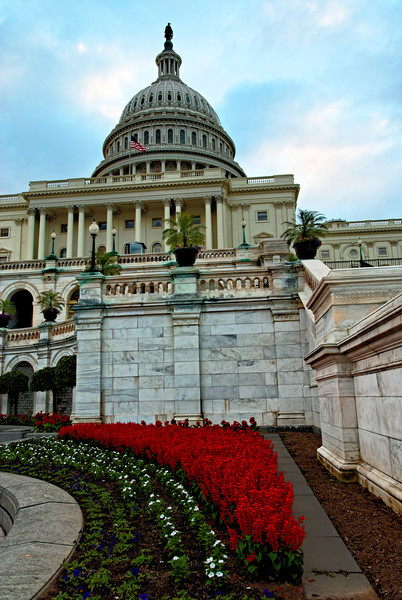